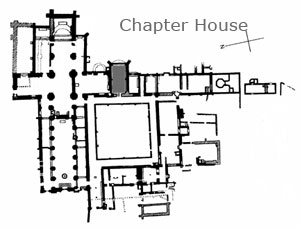 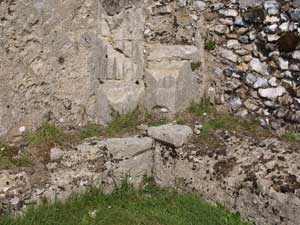 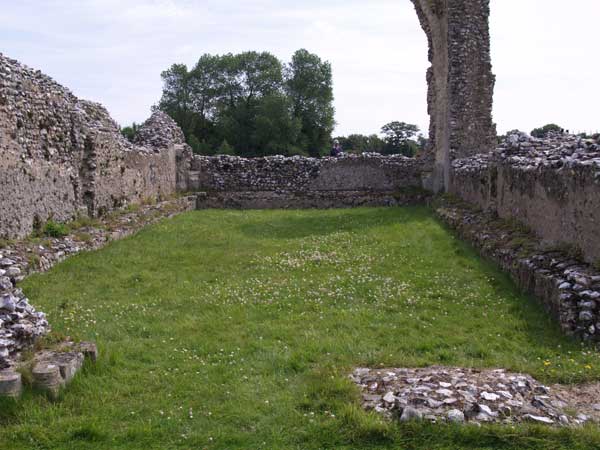 A Chapter House was normally a room accessed from the east wing of the cloister, which was the first part to be built after the Church’s frame was constructed – the monks had to have somewhere to meet and make decisions about the building of the Church, Abbey or Priory. It could be quite a large, impressive and ornate room in a major building such as Durham Cathedral or Westminster Abbey, but in priories like Binham the space would be smaller, having to accommodate fewer monks. The door of the Chapter House was often more ornate than other doors leading off the cloister, to emphasise its importance.