The Seven Sacraments by Rogier van der Weyden, c. 1448
The seven sacraments were first enumerated by Peter Lombard (c. 1100 - 1160) and they became traditional throughout the medieval period, although only affirmed formally at the Council of Florence in 1439. From early times a special rank among them was given to Baptism and the Eucharist which were both referred to as commands in the Gospels for Jesus' followers to obey (Matthew 28 v 19; 26 v 26-29).

Of these sacraments three, baptism, confirmation, and ordination ­ impress an indelible character upon the soul, a certain spiritual sign, distinct from all others; so they are never repeated for the same person. Chrism - a mixture of olive oil and balsam - is used. This has been blessed by the bishop, probably at the solemn Eucharist on Maundy Thursday (the day before Good Friday). The head of the newly baptized is anointed with chrism, the forehead of the person confirmed , the head and hands of a bishop at his consecration, and the hands of a priest at his ordination.

The other four sacraments are not once-for-all events, so may be repeated over and over again.

Holy baptism holds the first place among all the sacraments because it is the gate of spiritual life, and by it we are made members of Christ and of his body, the Church. This takes place at the Font at the west end of the church, or in a special room, a Baptistry, provided for the purpose. Normally the rite is conducted by a priest, but in cases of necessity (e.g. a newborn child who is not expected to live long) a lay man or woman may baptise providing they use the form of baptism ‘in the name of the Father, and of the Son and of the Holy Spirit’. 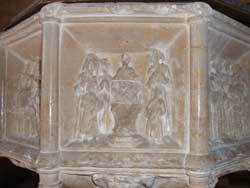 Most people are baptised as babies, with godparents or sponsors speaking on their behalf. Growing older, and now able to speak for themselves, in confirmation of what was promised on their behalf, they take those promises upon themselves, making them before a bishop. The Bishop lays his hands on them and confirms them with the gift of the Holy Spirit, who will support them in their intention to live a life of responsible and committed discipleship. After having being confirmed, candidates are allowed for the first time to recieve Holy Communion. 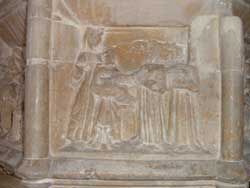 Also known as Holy Communion and the Lord’s Supper, it is celebrated at the east end of the church at the altar.The Eucharist unites us to Christ’s sacrifice on the cross. As we receive the Sacrament, we not only remember Jesus’ self-offering; we are united with it, and its grace becomes effective in our lives.

The whole Eucharist reminds us of Jesus’ sacrifice on the cross. It was a costly sacrifice which shows us how much God loves us, enough for him to send his only Son to die for us. That is why the priest recites the words Christ used at the last supper, and recalls what he did, when he took bread and wine, and said ‘This is my body…this is my blood’. In some way we do not fully understand, Jesus really gives himself to us in the community sharing the consecrated bread and wine. The bread and wine are really changed (that is why they must either be consumed or carefully reserved after the service), and become the means of him being present with us and in us.

We human beings are not creatures of spirit only: we are also made of flesh and blood. That’s why Jesus himself became incarnate to save us. In a way, Jesus is incarnate in the Eucharist again. He comes not only spiritually but physically, as the consecrated bread and wine. Like all the sacraments, the Eucharist is more than words. Even in an ordinary relationship, a single hug can sometimes mean more than many words. In the Eucharist Jesus gives us this physical expression of his love to express and sustain our relationship with him. 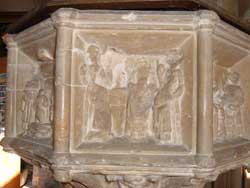 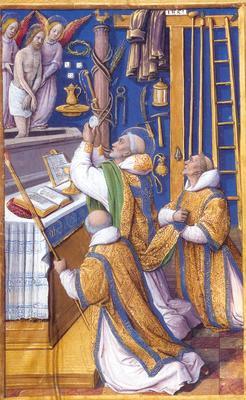 The term penance is shorthand for the whole activity from confession to absolution. There are times when we fail to live up – to a greater or lesser extent – to the promises we made to God at our baptism and confirmation. Sometimes what we have done sits heavy on our heart, we feel guilty, can’t get it out of our mind. We find it difficult to look someone in the eye because we have hurt them; we find it difficult to approach God because we know we have hurt him. Confession is when we go to a priest as His representative and accuse ourselves of what is troubling us, and say sorry, ask God’s forgiveness and promise to set things right – and amend our lives. The priest pronounces the absolution – God’s forgiveness – to those who are truly sorry, and gives a penance – an act of contrition – which normally consists simply of prayers, fasting, charitable work or giving; often though it is accompanied by a requirement for the penitent to be reconciled with anyone against whom he or she has sinned. 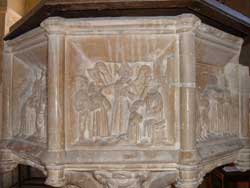 Unction means anointing – and has been used throughout the years to give spiritual comfort and help, and forgiveness of sins where necessary, to those who are sick. This is in response to the words of the New Testament: Are any among you sick? They should call for the elders of the church and have them pray over them, anointing them with oil in the name of the Lord. The prayer of faith will save the sick, and the Lord will raise them up; and anyone who has committed sins will be forgiven (James 5 v 14-15). Extreme Unction is “the unction of those in extremis“, i.e. of the dying, and prepares them to venture on their journey in peace and confidence. 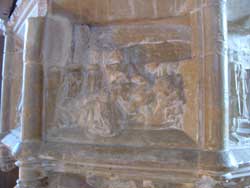 Order is a word we use for giving everything its proper place in relationship to other things; so it tends to mean a rank. In the church, ordination is the outward action which differentiates clergy from laity, and also the different ranks of clergy among themselves; Bishops, priests, deacons, monks, nuns and so on. The person who does the ordaining is the bishop, and although other priests lay hands on the candidate, they do not ordain them.

All Christians share in the royal priesthood of Christ, but Christ himself set apart certain people to preach, heal and teach; to forgive sins and exercise authority in the church. When someone feels they have received that calling, they submit their vocation to the church, to examine and test it. If the church believes that they have a genuine calling from Christ, through ordination, the bishops sets them apart to fulfil the ministry Christ has given them. 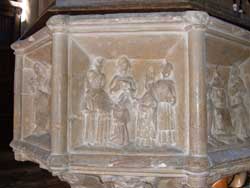 There are two aspects to marriage; the first is a legal one, when two people, who are allowed in law to marry, vow to give their lives to each other, and by mutual consent make a legally binding contract (hence Marriage registers are signed with witnesses to the contract). The second, is the sacramental aspect. The couple have made their vows in front of witnesses, but if they are baptised christians, they then stand in front of the altar and offer those same vows before God – so their promises are not simply made to each other, they are made also to God, as they ask for – and receive – his sanctifying grace to be with them throughout their lives together, and his strength and guidance in bringing up a family.